You are here: Home1 / Research Your Legal Issue2 / Immigration Laws and Citizenship3 / Rights of Children of Illegal Immigrant Parents 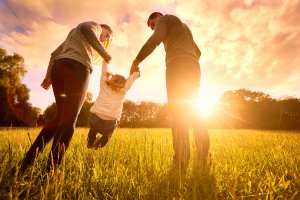 The legal options children of illegal immigrant parents have in terms of maintaining citizenship depend on how and why they entered the United States.

When determining citizenship, it depends on where the child was born. Children born outside of the U.S. have more limitations on their path to citizenship than do children born in the United States or in one of its territories.

The 14th Amendment and Children of Illegal Immigrants

If a child was born in the U.S. to parents who are here illegally, the child is considered a full citizen. Under the 14th Amendment to the United States Constitution, a child born on U.S. soil is eligible to obtain what is known as “birthright citizenship.” Birthright citizenship, also known as jus soli, literally means, “right of the soil.” Regardless of the immigration status of the parents, a child born on United States soil automatically receives full citizenship and is entitled to all the rights and protections available to any citizen. However, it is important to remember that this does not apply to the parents.

For children born outside the U.S. and brought into the country illegally, the options are limited under United States immigration law. However, there are programs that can help.

Deferred Action for Childhood Arrivals, known as DACA, is a way for children who were not born in the United States and were brought into the country by illegal immigrant parents to avoid deportation. In other words, to defer or postpone any action regarding deportation. Although DACA recipients may live and work in the United States legally, it is also important to remember that DACA status is not equivalent to citizenship.

In order to apply for a grant of deferred action with USCIS (U.S. Citizenship and Immigration Services), applicants must be at least 15 years old, unless they are in the process of removal proceedings. Applicants may not apply from an immigration detention center.

At this time, according to the USCIS website, as of February 14, 2018, the USCIS will not be accepting any new DACA requests. However, they are accepting requests for renewals of applicants who have previously been granted a deferment.
With DACA status, deportation is deferred for a period of two years after which time the request for deferred action must be renewed. If a DACA deferment has already been granted, an application for renewal of DACA status can be filed provided the current USCIS guidelines are met and the applicant:

DACA renewals may be requested if the conditions above are met and the applicant:

If deferred action has previously been granted under DACA, the following forms must be filed again to apply for renewal:

There is a $495 application fee for DACA. This fee is standard regardless of age or country of origin of the applicant. Waivers are not allowed. However, it is possible to apply for a fee exemption for form USCIS Form I-765 (Application for Employment Authorization) which currently has a filing fee of $410. Visit https://www.uscis.gov for more information about applying for an exemption.

Because DACA has several qualification guidelines, it may be beneficial to contact USCIS to find out if you qualify.

Children who have been abused, abandoned, or neglected by a parent may be able to apply for Special Immigrant Juvenile status. SIJ status allows undocumented youth to instantly apply for lawful permanent residency status (LPR) and a Green Card in the United States.

The rules for applying for Special Immigrant Juvenile status are:

Form I-360, Petition for Amerasian, Widow(er), or Special Immigrant and Form I-485, Application to Register Permanent Residence or Adjust Status need to be filed along with supporting documentation to request SIJ and Permanent Resident status. Due to this humanitarian situation, fee waivers are available for these forms.

Children are often brought into the United States when their parents entered illegally to seek asylum from persecution. Some forms of persecution are experienced because of a person’s:

Parents and children may be permitted to stay in the U.S. by applying for asylum within one year of arrival. Form I-589, Application for Asylum and for Withholding of Removal must be filed. There is no fee to apply.

An Immigration Attorney Can Answer All Your Questions

The United States immigration laws are constantly changing. It can be difficult to find the right information you need on your own. With possible changes to current U.S. immigration policies approaching, it is best to seek legal advice from an experienced immigration attorney to make sure you’re exploring every available avenue.