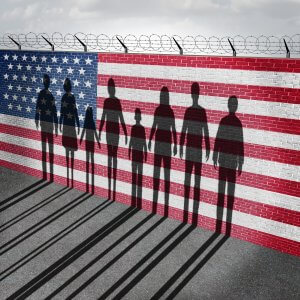 In the United States, any person who is not a United States citizen may run the risk of being deported from the nation. This is even true for those who have a permanent residence or a green card.

After the devastating 9/11 terrorist attacks, the nation’s government took steps toward broadening the grounds to which individuals could be deported on. This was done by a series of laws that were passed by the United States Congress. These laws have affected countless people, particularly those with prior criminal convictions. The United States Department of Homeland Security has worked to enforce these laws and thus deport those who have committed criminal acts in the nation.

If you or someone you know is facing deportation, you should know that you do have the opportunity to dispute the decision. There are several factors that you could consider in order to dispute the removal action against you. This article will also cover wrongdoings that could potentially expedite the process, which could require your immediate deportation. Contesting a deportation is not easy. This process could be stressful, as well as time-consuming. This is why you should speak to a skilled and professional immigration attorney who could help your case. A skilled immigration attorney could help champion on your behalf and support your defense.

Reasons Behind a Deportation

United States immigration laws have included many reasons as to why a person could be deported from the country. Historically, a common reason has been that the individual in questions has entered the country illegally. Another reason could be that the individual entered the nation legally, by having a valid visa, but has otherwise stayed past the allowable time period. Some other possible reasons:

The United States Citizenship and Immigration Services offices handle these cases very seriously. Forgetting to notify their office could also get you removed from the nation. Further, even if you have actually become a United States citizen but it was later discovered that you committed some form of fraud to obtain your citizenship, you may also run the risk of being removed from the country.

Identifying that you have come across trouble may come in one of two ways:

It is important to note that if you have been given a Notice to Appear: do not miss the court hearing. Not attending the hearing will automatically give those individuals an issue of removal from the United States.

During a Merits Hearing, you will be allowed plenty of time to argue for your case. Here, you will have the opportunity to content your case before a judge. It is recommended that you seek legal support for this endeavor. A skilled immigration attorney will have the experience necessary to champion for your rights and demonstrate that you should not be removed from the country. A proficient attorney could raise the issue that immigration officials have made an inaccuracy about you or that you otherwise have the legal right to continue being in the nation.

It is important to note that a skilled attorney is an essential part of your hearing. An attorney can greatly benefit your case.

If you have been notified that you will be removed from the country, you could file for an appeal at the Board of Immigration Appeals. An appeal could be submitted in written form and you will not have to appear. If your petition to the Board of Immigration Appeals was denied, you could also contest this rejection. In order to appeal their decision, you will need to file an appeal to the corresponding federal circuit court of appeals. This could be a lengthy process. It may be several years before you are even notified of a final decision.

Facing deportation from the United States can be a devastating and stressful process. While there is no absolute guarantee that you will be allowed to stay, you should consider obtaining the legal support of a qualified attorney. An immigration attorney with the right experience can greatly benefit your case.