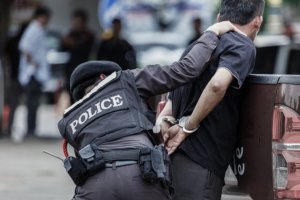 Charged with a Crime in Tennessee?

If you have been arrested or someone you know was taken into police custody, then you should find a lawyer as quickly as possible. No matter what kinds of charges you face, from a misdemeanor to a felony, finding an attorney you trust is essential. To speak with a local Tennessee criminal lawyer today, consult our local listings.

What Is the Penalty for a Misdemeanor in Tennessee?

Each state has its own system for classifying misdemeanor and felony charges, and penalties may vary as well. Under Tennessee’s laws, misdemeanors are punishable by up to a year in jail and designated as class A, B, or C. The general penalties you may face for different types of criminal charges in Tennessee are:

What Is the Penalty for a Felony in Tennessee?

Like misdemeanors, each state has its own system for what qualifies as a felony and what penalties may result from a conviction. Tennessee lawmakers designate felonies as class A, B, C, D, or E. Possible felony charges and penalties include:

Need a Tennessee Criminal Defense Lawyer? We Can Help

If you are facing any level of criminal charge, then a qualified lawyer may be essential to protecting your future. Additionally, if someone you know is currently in police custody, then you may wish to reach out to a lawyer on his or her behalf. To find a Tennessee criminal defense lawyer in your area, then consult our attorney listings. If you have general question about criminal law or certain charges, then do not hesitate to ask the lawyers.