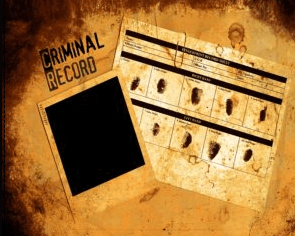 Need to Expunge Your Criminal History in Ohio?

If you’ve ever been detained or sentenced due to a criminal charge, you might be wondering how you can prevent others from viewing your past charges. While every single person commits mistakes, having a criminal history can prevent you from getting hired, purchasing a home, and it can also affect your immigration status to list a few. Having a criminal background can affect you in a multitude of ways and if you have ever been convicted of a crime, it is highly likely that your criminal history is stored and collected in a state and/or national system. The Ohio Crime Information Center, for example, is a database utilized by the State of Ohio.

Like most states, Ohio does allow criminal expungement, depending on the circumstances, such as the statute of limitations on the crime, or the age at which the offender committed the crime. In Ohio, the rules and exemptions are:

To be eligible to have a conviction sealed, one must have:

Minor misdemeanor convictions are not considered for purposes of determining who is an eligible offender, nor are traffic convictions except for those offenses specifically included by statute.

A convicted offender is eligible to petition the sentencing court for the sealing of the records of the case after one year has passed from the date the defendant completed their sentence in a misdemeanor case, or three years in cases that resulted in a felony conviction.

The process of expunging a criminal count in Ohio is crafted from several factors, commonly including the requirement that an applicant deliver (or “serve”) papers to district attorneys, while others require the applicant to prepare the legal document (or “Order of Expungement”) which will be signed by a judge. Once you have obtained an expungement order, you may also be required to serve it to different agencies who also have records related to your arrest or conviction, such as your state’s department of corrections.