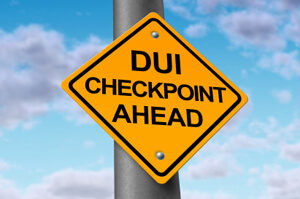 What Are Connecticut’s Drunk Driving Laws?

If you or a loved one is facing DUI charges in Connecticut, then a criminal defense attorney may be able to help you get those charges reduced or dismissed. Alternatively, a personal injury lawyer can assist you if you sustained injuries in a drunk driving accident. Consult our local listings to find legal help near you. Otherwise, feel free to ask the lawyers any questions you may have regarding DUI laws.

What Is Driving Under the Influence, According to Connecticut Law?

Since drug and/or alcohol intoxication can endanger a driver as well as anyone else on the road, it is illegal to operate a motor vehicle while impaired in all 50 states. Doing so is a criminal offense variously called Driving Under the Influence (DUI), Driving While Intoxicated (DWI) and, rarely, Operating Under the Influence (OUI). In Connecticut, state laws use DUI to refer to impaired driving.

Generally, your level of alcohol impairment is gauged by testing your Blood Alcohol Content (BAC). This refers to the percentage of alcohol dissolved in your bloodstream. Each state sets its own limits for what BAC constitutes alcohol impairment, although every state but Utah currently sets the legal limit at 0.08%. However, this limit may be lower for certain drivers. Connecticut also has an additional category of alcohol offenses: Driving While Alcohol Impaired (DWAI), which occurs if your BAC is between 0.05% and 0.08%.

What Are the Penalties for DUI in Connecticut?

The penalties you may face for DUI or DWAI charges in Connecticut usually depend on whether you have a history of similar arrests. Outside of criminal charges, the Connecticut Division of Motor Vehicles may suspend you license for any DUI or DWAI. Generally, the potential criminal penalties are:

What Are Connecticut Drunk Driving Statistics?

Despite comprehensive DUI laws, thousands of alcohol-related car accidents still occur in Connecticut every year. Some of the most important drugged and drunk driving statistics include:

In many cases, a criminal defense attorney may be able to help you reduce the impact of DUI charges on your life. If you have questions or concerns about DUI laws, then do not hesitate to ask the lawyers. Otherwise, if you need to speak with a lawyer, then consult our local Connecticut listings.