You are here: Home / Research Your Legal Issue / Maritime Law 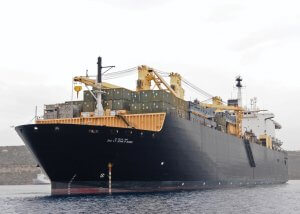 Maritime law is commonly referred to as admiralty law. This type of law involves the laws as well as any past cases that concern legal disputes that have originated on what is known as navigable waters. Generally, navigable waters will be any waters that are commonly used for either foreign or interstate commerce within the United States. For example, a navigable water could be a river that is large enough that it flows into a nearby ocean or that otherwise crosses state lines. This river would be included under maritime law jurisdiction. On the contrary, a lake, despite its size, that is within the boundaries of a single state would not fall under maritime law jurisdiction.

It is noteworthy to mention that there has been a recent increase in the number of cases in which jurisdiction has been given to maritime law concerning recreational boating accidents, so long as these occur on navigable waters.

Maritime law could be difficult to understand, especially if you are new to the field and are not familiar with the general context. If you have been injured or experienced any other of the previously mentioned scenarios and feel that your case should be considered under this jurisdiction, speak to a qualified maritime lawyer. An attorney with the right experience will understand the rules and regulations concerning maritime law and can otherwise assist you in filing the right claim.

Generally, cases involving shipping cargo will be the primary endeavor committed in oceanic waters. After an accident, a lawsuit can transpire over what party is responsible for the damaged or otherwise lost cargo. In cases that involve foreign trade but are still considered to be United States jurisdiction, United States laws will still apply. Under these situations, the Carriage of Goods by Sea Act will then be applicable. This law was enacted to limit the ship owner’s responsibility or accountability to $500 per container. This law was enacted to be made part of each bill of lading and will be used in cases that involve ships that departed in a proper condition.

Maritime law also governs disputes related to salvage awards. In these cases, maritime law will be used for vessels or other forms of property that have been recovered from the bottom of the sea or from peril. Under maritime law, the party who was responsible for the recovery is entitled to a compensation for undertaking the risk of conducting the salvage. The amount of compensation will be outlined by the contract that the party made with the party interested in the salvage. If no such contract is made, a federal court will determine the amount owed based on elements that involve the value of the recovered property and the amount of risk that was made.

If you are involved in a dispute concerning salvaged property, consider speaking to a qualified maritime attorney. An attorney can help you determine what laws protect you and can also help you in the filing process of a lawsuit.

Personal injury claims that are under the jurisdiction of maritime law require the special attention of a qualified legal team. An attorney who has experience in maritime law will have the right insight needed to champion for such cases. For example, if you have been injured as a passenger in a cruise ship, you cannot simply file a claim for personal injury as you would if you were a passenger in a bus. Usually, your rights as a passenger are highlighted in the terms and conditions of the ticket purchased for the cruise. Those who have suffered injuries as a passenger in a cruise ship should note that the time limitations to file a claim are stricter in these cases. While in other personal injury cases, most claimants will have up to three years to file a claim, whereas filing for a suit here will only be available for one year. Further, a notice about the incident can be made only within a six-month period.

Maritime law concerns a wide range of scenarios. If you have reason to believe that your claim should be filed under maritime law jurisdiction, you should consider speaking to a qualified maritime attorney. An attorney with the right skills can benefit your case. In the event that you have been injured while on a vessel, a maritime lawyer can help to ensure that your claim is processed in the correct, timely manner.