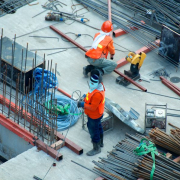 What to Do About Common Accidents That Occur on Construction Sites

Personal Injury: How Much is My Case Worth?