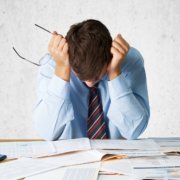 Tax Season: Will the Shutdown Affect Your Filing?

Does Talcum Powder Cause Cancer? One Jury Says Yes
Scroll to top
This website uses cookies to ensure you get the best experience on our website. Learn more
Got it!