You are here: Home / Research Your Legal Issue / Litigation Though the majority of lawsuits are settled and never reach the trial stage, litigation and litigation law can be complex. Litigation is described as an action brought in court to enforce a particular right. In sum, litigation is the act of bringing the lawsuit in and of itself. As such, litigation law deals with the laws and rules that surround the administration of lawsuits.

A lawsuit is a civil action brought in a court of law, where a plaintiff demands legal or equitable remedy. The plaintiff is the party that alleges incurred losses as a result of the defendant’s actions. The defendant is then required to respond to the plaintiff’s complaint.

Though litigation may also refer to a criminal trial, we are using it to refer to civil actions. Think about suing the store that caused you to slip and fall, because you hurt your hip and now you want to be compensated for missing a year of work. That is a civil action. In truth, most of the topics that you are researching on this website, aside from criminal law, will fall under civil law. Commercial litigation involves deals and disputes between businesses, organizations and corporations.

Many rules have been put into place to direct litigation. Federal rules include the:

o   A set of rules, promulgated by the U.S. Supreme Court, to govern procedures in cases in the United States Courts of Appeals.

o   A set of rules, promulgated by the U.S. Supreme Court under the Rules Enabling Act, that direct procedures in the United States bankruptcy courts.

o   A code of evidence law that governs the admission of facts by which parties in the United States federal court system may prove their cases.

o   These rules apply to both criminal and civil litigations.

o   Most states have adopted or modified the Federal Rules of Evidence for their state courts.

Most states’ rules concerning litigation law mirror the federal rules that you see above. However, this is not to say that they are the same. Many rules are modified and it is important to find a lawyer within your geographic area that understands your state’s laws. The one exception to the rule is bankruptcy courts. Bankruptcy courts have exclusive jurisdiction over bankruptcy cases. The reason for this is that for there to be a uniform bankruptcy system, there needs to be uniformity in where bankruptcy cases are filed, as state courts could have too many differing regulations.

Litigation has numerous steps, include: pleadings, pretrial discovery, trial and judgment, appeals, and enforcement. Additionally, more steps comprise each of the steps that have just been listed. For these reasons, it is important to find a litigation lawyer to assist you. A litigation lawyer in your geographic area will be able to advise you on whether you have a state or federal claim, help you to narrow down issues, and inform you of how to properly file your claim. 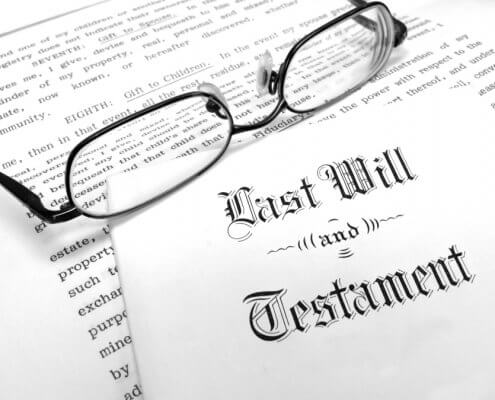