Divorce: The Basics You Should Know

You are here: Home1 / Research Your Legal Issue2 / Family Law3 / Divorce: The Basics You Should Know 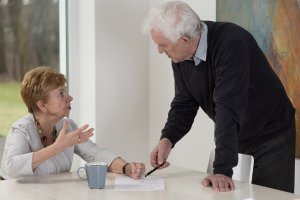 Divorce can be a complicated process, depending on if children are involved and if agreements over assets can’t be reached amicably. Here are the things you must know in order to reach the best possible outcome. For some marriages, the break can actually be very clean and the process can take only a few months. The average amount of time that it takes to complete a divorce from filing to settlement is usually just under a year.

Each divorce has its own unique components and, therefore, needs that must be met. Look below to help you determine what type of divorce will be the best option.

While divorce terminates a legally valid marriage, an annulment is attained by invalidating the union. Basically, it is completely voiding the marriage as though it never happened. Each state has its own rules regarding acceptable reasons and timing for when this option is no longer possible for the couple. The reasons for this can vary greatly from impotence/barrenness to fraud, underage marriage, mental incapacity, or to marriage between close relatives.

THE STEPS TO TAKE FOR DIVORCE:

It is possible in some states to ask for a temporary order to help the family through the process. This can be helpful since many families are unable to instantly maintain two separate households. This can also help sort out how the children will be cared for and financially supported. This will require additional hearings.

If the Spouses Can Agree on a Settlement with Minimal Legal Intervention:

If the Spouses Need Legal Assistance to Reach a Settlement

What About Our Children?

Child custody and child support papers will also be filed during this time. Also, a temporary order can help protect the family from sudden traumatic changes. Go here for more information about child support.

What About Our Pets?

For many, pets are also valuable members of the family. Unfortunately, deciding what to do can be quite a challenge when both spouses want to keep them. Sadly, it is also sometimes the case that neither person is able to care for these poor creatures, so they are simply given up. Traditionally, pets have been recognized as property rather than family members, but there has been a shift over the years. Now, it is possible to get a court order for custody, visitation, and even alimony that considers the wellbeing of the family pet/s.

What about financial assets and debt that we shared?

The goal of the court is to be as fair as possible as property and assets are split up. Likewise, they strive to equally share the burden. There are some exceptions here and there, and a lot also depends on your state.

It’s not uncommon for spouses to hide assets from the other during the divorce process. Understand that both spouses are entitled to full disclosure. A lawyer can help greatly investigate this if you feel this might be this case for your situation. The “discovery” process will compel the secretive spouse to honestly speak before the court.

Click here to learn more if you have questions about divorce and student loan debt.

Legal support Can Make the Difference

Divorce can be a long and grueling process, and it is even worse if you find that you unnecessarily waived property, certain rights, or other assets that matter to you. Also, not every settlement that the court determines is going to be acceptable. It is possible that you will want to appeal or modify the decision. It is recommended that you seek out the guidance and representation from a divorce lawyer from the beginning to help things go as smoothly as possible. Divorce lawyers will fight for you to make sure that you’re treated fairly during the process. Divorce can be contentious and you want someone knowledgeable and experienced in your corner to make sure you get everything you’re entitled to.