You are here: Home1 / Research Your Legal Issue2 / Employment Law Employment law is a broad area that encompasses all areas of the employer/employee relationship. Employment law consists of thousands of federal and state statutes, administrative regulations, and judicial decisions.

Employment law includes protections against discrimination and sexual harassment. It also encompasses wage and hour laws and your rights under the Family and Medical Leave Act.

A Detailed Look at Labor Laws

There are many bodies of federal and state law that compromise employment law. Usually there are more limited rights for employees of the federal government, as opposed to employees of state and local governments.

Federal law preempts (overrules) most state statutes, in the realm of employment law, when they come into conflict with one another. Some of the major Federal laws include:

o   Gives private sector works the right to choose whether or not they want to be represented by a union.

o   Makes it illegal for employers to discriminate against workers on grounds of union membership and/or participation in union activities.

o   Created in 1964, this implemented specific standards for workplace safety.

o   Provides protection to “whistleblowers” who complain to governmental authorities about unsafe conditions while allowing workers the right to refuse to work under said unsafe conditions in certain circumstances.

o   Requires employers to provide workers with twelve weeks of unpaid medical leave and continuing medical benefit coverage in order to attend certain medical conditions of close relatives or themselves.

o   Establishes standards for the funding and operation of pension and health care plans that employers provide for their employees.

Why Do I Need An Employment Law Attorney?

The few topics that we have just addressed only scratch the surface of employment laws in the United States. If you feel that your employment law rights have been violated, it is best to speak with an experienced attorney that has dealt with employment law issues before. An experienced labor law attorney will help you to comprehend the avenues of recourse that you have against employers or other employees, and will be able to advise you of the validity of your claims. 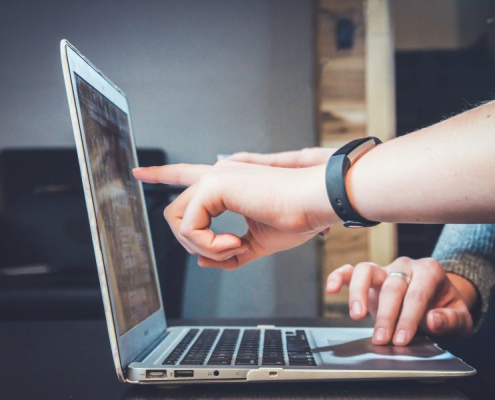 It is always important for employees to know that they can report and seek help regarding misconduct or illegal activities that happen in their workplace. This is called whistleblowing, and employees often report these kinds of actions to protect…
https://cdn.askthelawyers.com/wp-content/uploads/2020/05/john-schnobrich-FlPc9_VocJ4-unsplash.jpg 600 900 Jason T. Brown https://cdn.askthelawyers.com/wp-content/uploads/2018/05/Asset-2-300x40.png Jason T. Brown2020-05-18 09:19:512020-05-12 10:51:59What Is The Whistleblower Protection Act?

Whistleblowing is the term used to describe when an employee reports or openly complains about illegal conduct at work, usually by superiors. There are a variety of specific laws in place which prohibit employers from firing whistleblowers in…
https://cdn.askthelawyers.com/wp-content/uploads/2020/04/marten-bjork-6dW3xyQvcYE-unsplash-1.jpg 400 600 John Hickey https://cdn.askthelawyers.com/wp-content/uploads/2018/05/Asset-2-300x40.png John Hickey2020-04-23 10:30:092020-04-28 15:36:43What Constitutes a “Whistleblower” Case?