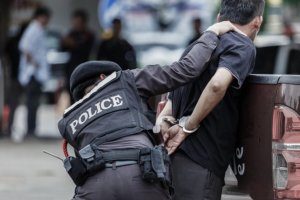 It is important to note that every state will have its own laws regarding illicit drugs. If you have been charged federally, you will likely face stricter sanctions. Drug defenses, however, can stay constant across state lines. The following is a general overview of some of the most common drug possession defenses for this area of criminal law:

Understanding the right defense tactic for your case can substantially help you. A criminal defense attorney who is experienced in drug-related charges can help you understand the best options for your specific situation. The following list highlights some of the most common defenses.

How an Unlawful Search and Seizure Can Help Your Case

If you have been searched by an officer, you should know that you have rights that protect you. Under the United States Constitution Fourth Amendment, you are guaranteed the right of due process of law. In part, this means that you have the right to a legal procedure when being searched prior to the arrest. If you have been charged with drug possession, you should know that many issues could arise from an unlawful search and seizure. A generalized example could be when a drug has been found due to the fact that it was easily visible when the officer stopped you. This could be considered a legal seizure of the illicit drug.

On the other hand, if an officer used an illegal and unwarranted method to open your trunk, any drugs that may have been found during this procedure will not be admissible in a court. If your Fourth Amendment rights were violated, it is important that you know that the evidence held against you by which was obtained unlawfully cannot be submitted into court.

If you have been charged for being in the possession of an unlawful drug, a skillful attorney can argue that the prosecution test the drug in order to prove that the substance collected was in fact an unlawful drug. Simply because a substance appeared to be an illegal substance does not mean that it should be regarded as one. This is especially true if there is a person’s freedom at stake. In order to prove that a drug is illicit, the prosecution will be required to send the substance to a crime lab where it will then undergo analysis. Once the substance has been proven to be an illicit drug, the crime lab technician will generally be required to testify in the court on behalf of the prosecution.

When going through the trial process, an experienced attorney will know to ask the prosecution to present the actual illicit material that was found. It should be noted that your defense team should never assume that the drugs found are readily available. Surprisingly, materials such as drugs tend to get lost in the process. This is particularly true if the drugs have been sent to a crime lab for any form of testing. Since drugs can be transferred a multitude of times before they are actually delivered to their proper holding, it could be likely that the drugs got lost somewhere in the process.

If you have reason to believe that the arresting officer has planted the incriminating substance on you, you have the right to defend against it. While this defensive tactic is not common and is generally extremely difficult to prove, your lawyer can file a petition. If the overseeing judge approves your petition, it will allow the police agency to release the entire complaint file on the arresting officer.

Law enforcement sting operations are a very common method used by police agencies to catch alleged lawbreakers. Entrapment, however, happens when a police officer or agency has actually induced the crime to occur that might not have otherwise occurred. While entrapment can happen through various forms, it will likely take place if the police agency has actually provided the illicit substance in question.

Obtain the Support of a Skilled Defense Attorney