You are here: Home / Research Your Legal Issue / Consumer Protection

What are Consumer Protection Laws? Consumer protection laws are federal and state statutes that regulate seller and lender practices concerning consumer goods. The Consumer Product Safety Commission (CPSC) and Federal Trade Commission (FTC) are federal agencies that handle product safety standards and consumer complaints, respectively. These laws typically go beyond the traditional legal remedies available for breach of warranty. These laws are found in nearly every state, but the details may vary.

The FDCPA Act covers personal, family, and household debts, including money you owe on a personal credit card account, an auto loan, a medical bill, and mortgage. The FDCPA doesn’t, however, cover debts you incurred to run a business. Fundamentally, the Act limits what debt collectors can retrieve when contacting or seeking you out to repay a debt. Its purpose is to prohibit harassment or otherwise  abusive debt collection practices. For example, under the FDCPA Act, a debt collector may not:

Abusive debt collection practices are carried on to a substantial extent in interstate commerce and through means and instrumentalities of such commerce. As such, if the FDCPA is violated, a suit may be brought against the debt collection company and the individual debt collector within one year, to collect damages and attorney fees.

The TILA act covers a broad range of conduct, such as charging exorbitant interest rates on credit cards and other loans. The most important aspects of the act concern the pieces of information that must be disclosed to a borrower prior to extending credit: annual percentage rate (APR), term of the loan, and total costs to the borrower. For loans covered under TILA, you have a right of “rescission”* (the unmaking of a decision, which, in this context, typically means a refund on an unwanted product), which allows you three days to reconsider your decision and back out of the loan process without losing any money. This right helps protect you against high-pressure sales tactics practiced by less-than-honorably businesses, who, among other faults, may have been hiding fees and penalties in the fine print of agreements.

*Rescission may also refer to equity’s exclusive jurisdiction in a wide range of situations; when a party to a contract exercises an express right of termination; and simply to give effect to the rescinding party’s unequivocal election to rescind a contract in common law cases.

False or Misleading Advertising and Pricing

This is covered under federal law, and most states have their own statutes that address such practices. Many states tie-in warranty clauses. A warranty is a manufacturer’s or seller’s promise to stand behind its product and correct problems if the product fails due to a manufacturing defect or because it doesn’t work as promised. On the flip side of that coin, the warranty also often serves as a liability stopwatch, or an auto-agreement to the company’s proposed Terms And Conditions, in order to relieve accountability should the product fail. Examples of false or misleading practices can include car salesmen using “bait and switch” tactics. Another example could be a seller selling you a broken product, whether intentionally or negligently. Nonetheless, state law often gives consumers more protections than the relatively lax federal government enforces in the Magnum-Moss Warranty Act, which allows for the following oversights:

Though that’s “the law of the land,” there are many warranty laws that specifically apply to certain kinds of products, like new cars, recreational vehicles, boats, and mobile homes that provide additional protections to consumers in those areas.

Consumer Rights Class Action Lawsuits. A consumer class action is a lawsuit in state or federal court that is brought by one individual, or a few individuals, on behalf of a larger class of people similarly situated. A big problem that consumers then face is the relatively small amount of economic damages that they suffer as a result of a company’s improper conduct. In a class action lawsuit, an individual whose rights have been violated can join together with others who have similar claims against the same defendant. This helps to equalize, or tip the balance of power, by combining the smaller-dollar claims of a large number of people. For instance, if you can prove that a large group of people were harmed by a company’s negligence and/or false advertising, then you can justify the expense of litigation and improve the chances for success, particularly against large corporations.

You may be asking, how, then, is recovery divided? Typically, the court decides how to divide any recovery at the end of a class action suit. Your attorneys, if working pro-bono, are given costs and fees, often calculated as a percentage of the entire recovery, the Lead Plaintiff(s) receive an amount partly determined by their participation in the lawsuit, and the rest of the recovery is divided among the class members in equal amounts unless extenuating circumstances either permit a particular defendant to receive a larger portion, of a particular defendant collects on an additional claim against the company that others in the class action may not have been affected by.

Punitive Damages. Punitive damages punish the defendant for grossly negligent or reckless actions, rather than compensate the plaintiff. An award of punitive damages is rare, however, and only applies to the most serious situations. While traditionally, consumers involved in commercial disputes were limited to seeking actual damages, which were deemed compensatory and which arose proximately from breach and/or wrongdoing of the defendant,  the limitation on extraneous damages for consumer protection claims has recently been lifted. The most significant change brought by is that punitive damages are now available to a so-determined “injured” consumer. As such, many consumer protection laws allow consumers to seek these additional penalties, which can drastically increase the damage award, sometimes even tripling the amount of actual damages.

Unlike compensatory damages, punitive damages are not recoverable as a matter of “right” and the exact amount of rewards is left to the jury’s discretion, determined by considering the character of the defendant’s misconduct, the nature and extent of the plaintiff’s injury, and the wealth of the defendant.

Who Can Help Me with Consumer Protection Laws?

If you think that your rights have been violated, contact a consumer rights lawyer that can answers your questions and get you the help that you need. Many lawyers offer free consultations, and there are statute of limitations to consider in some cases. Thus, it is in your best interest to contact a lawyer as soon as possible. 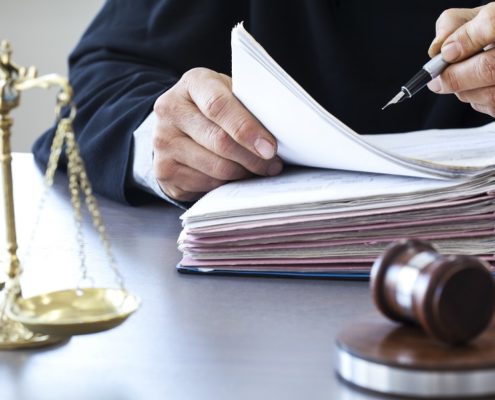 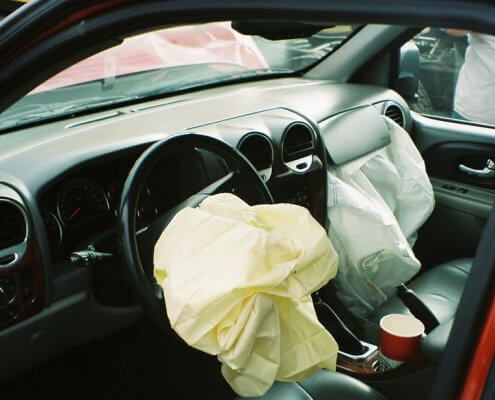