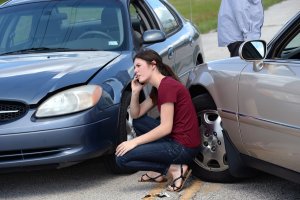 The National Highway Traffic Safety Administration has utilized the National Traffic and Motor Vehicle Safety Act since 1966. The act has been used to hold vehicle manufacturers responsible for the production of their products. Further, it is used to ensure that there are safety standards to institute a recall on vehicles or vehicle parts that are deemed defective. Since the implementation of this act, there have been about 400 million recalls on vehicles, about 50 million recalls on tires, and about 70 million recalls on defective auto parts.

In accordance to the United States Code for Motor Vehicle Safety, the term defect refers to:

Any vehicle product and/or part that is defective in its component, performance, material, or construction of the vehicle itself or its equipment.

Having such defects in a vehicle can create risks to the driver, his or her passengers, and everyone on the road. If you or someone you know has been injured due to a defect in a vehicle or its parts, consider speaking to a qualified car accident attorney. An attorney with the right knowledge and experience can help you recover for the grievances you have suffered due to the vehicle’s defect(s). You may be entitled to receive compensation for the injuries you sustained as well as for any punitive damages that may arise due to the vehicle’s defect(s).

Generally, there are two methods in which a vehicle or vehicle product can be labeled as defective:

Many vehicle components and/or vehicle equipment could be labeled as defective. The following list includes some of the most common defects in a vehicle:

Filing a Claim for a Defective Auto Part

When a vehicle is being manufactured, there are several mechanisms within the supply chain that could be held responsible for the defectiveness of a vehicle part caused harm. If you or someone you know was in a car accident due to a defective part or design of a vehicle, you have the legal right to file a lawsuit for the injuries you sustained. Finding the negligent party will greatly depend on the nature of the defect. An attorney can investigate the matter and determine possible factors that may have led to the accident.

Product liability is the legally binding responsibilities that a vehicle manufacturer owes to a consumer. These manufacturers owe consumers a product that is safe for average use.

When seeking to file a claim against a manufacturer for a defective vehicle or its part(s), the following are possible defendants to the claim:

If you or someone you know has suffered injuries due to a defective vehicle or defective vehicle part, you should know that you have the legal right to file a products liability claim. Speak to a car accident lawyer who can guide you through the process of filing for a claim. An experienced attorney will help champion for your rights.