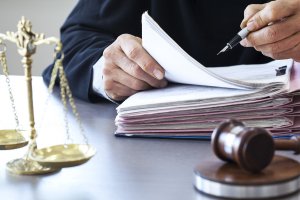 In an effort to regulate trade secrets, the Uniform Law Commission has enacted the Trade Secrets Act. Under this act, a trade secret is regarded as any form of information that is not general knowledge and is otherwise not easily obtained. This information will also generally develop or hold a form of autonomous monetary value to its rightful and legal owner. Furthermore, the information in question will also be subject to effort of maintaining its secrecy. What makes a trade secret unique is that it is not registered with any government organization or agency. This distinctiveness is what separates a trade secret from patents, copyrights, and/or trademarks. In many cases, however, a trade secret can symbolize a business or company’s most treasured intellectual property possession.

The Trade Secrets Act has largely been endorsed by most states. However, states that have not proactively supported the act will handle any misappropriation or infringements of any trade secrets through common law. A few of the most common dilemmas that involve trade secrets involve:

In today’s market, trade secrets can be easily misappropriated. Trade secret information can be easily stolen, as it does not always require the taking of an actual and physical object. The following is a limited list that highlights common examples in which trade secrets could be stolen:

Note: Protecting your company’s trade secret is of high importance! This is especially true if the trade secret is what sets your company apart from other competitors. If you have a company with a trade secret, speak to an attorney with business law experience who can help you protect your trade secret. A business attorney will be able to help you draft a nondisclosure agreement or other form of protection that is right for your specific company.

There are various levels of information that could be considered a company’s trade secret. Some of these could include:

Other common examples of a trade secret can include a company’s client list or the company’s manufacturing process. A trade secret becomes really important when it involves how a company makes a profit. If the information has an economic value, it does not necessarily mean that it holds the company’s current and actual revenue. It can also be a potential form of revenue for the company. This is especially true if the company is fairly young. It means the information will hold a greater value as time progresses.

It is important to note that there are certain situations in which a company’s trade secret can also be protected under a patent as a creation or invention. While this can be beneficial, it also has drawbacks, as a company must make a full public disclosure as to how the creation can be recreated. With this, it is imperative to understand that a patent’s protection is limited and will only stand for a specific amount of time. Unlike a patent, a company’s trade secret will continue its protection for the information until the information itself has been publicly disclosed. Although a trade secret can be patented, the information cannot be patented and protected by a trade secret simultaneously.

Every state will have different regulations in regard to trade secrets; therefore, it is important to check the state’s specific guidelines. This is especially true when attempting to file a trade secret claim. Generally, most states will need to consider all (and possibly more) of the following when evaluating a trade secret claim:

Usually, the illegal appropriation of the trade secret will transpire in one of two ways:

A trade secret, however, can be obtained lawfully. This can happen in one of two ways:

The Importance of Obtaining Legal Representation

Trade secrets can be a company’s main source of income. They can also be the main factor that sets the company apart from its competitors. While valuable, trade secrets are often not held in secret vaults.

Further, there are often many people who may know the information in question. Because of its monetary value, it is important that companies take the proper precautions to ensure that their trade secrets are as secure as possible.

If you have a trade secret, speak to a professional and qualified attorney who can help you ensure that your trade secret is protected. A business law attorney will help you understand the best measures of protection for your specific line of work. An attorney with trade secret litigation experience can help you figure out the best course of action if someone has stolen or published one of your valuable trade secrets.