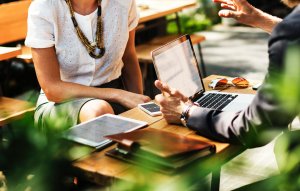 How They Can Affect Your Business

The United States’ fundamental commercial philosophy is the belief in a free market. The general purposes of the established antitrust laws are to promote and preserve free competition. It is vital to understand that antitrust statutes did not arise as a unit. Rather, they were developed over time. Additions to the established antitrust laws were developed as we recognized need for new statutes, regulations and adaptations to fit the modern market.

It is important to understand that antitrust laws are vague and because of the broadness of the language used, the United States Federal Trade Commission and the respective courts have been known to use wide discretion when interpreting or applying the laws. While having ambiguous laws can be seen as suitable for an ever-changing society, it has certainly made things difficult and quite complicated for businesses that are left wondering if they are violating the law.

This article will highlight the four main antitrust statutes. While it is important to recognize these laws, it is also similarly important to seek the advice and council of a qualified business attorney. A qualified attorney will likely be able to guide you in the correct interpretation of the laws that is appropriate for your type of business.

The Sherman Act is one of the most vital antitrust laws. The Act, passed in 1980, forbids companies that attempt to unreasonably restrain the trade or market by the use of special contracts, arrangements, or conspiracy. The Sherman Act also serves to prohibit monopolization. This includes the attempt, agreement to, or conspiracy of monopolization in regard to all markets for any product and/or service.

Throughout the years, the rules and guidelines transcribed in the Sherman Act have been utilized by the judicial system to make certain types of commercial behavior illegal. Thus, it is unlawful to attempt to fix certain rates, allocate certain markets among certain competitors, and/or elicit a collection of boycotts. Any practice that could restrain the free market can be seen as illegal, depending on the judge overseeing the case.

The Clayton Act was passed in 1914. The Act is used to address certain practices that could make an influence in significantly lessening the market competition or otherwise has a tendency to generate a monopoly. Under the Clayton Act, the following remains unlawful:

The Robinson-Patman Act was enacted in 1913 and its main focus is price discrimination. The Robinson-Patman Act handles discrimination or favoritism in prices charged to competing buyers for products or services of the same quality. Additionally, the Act serves to protect smaller companies and businesses by setting limits to larger businesses or companies that could potentially have the ability to produce unfair discounts due to their purchasing power.

The Cost of Violating an Antitrust Law

The penalty for violating any of the four antitrust laws can be severe. For instance, the violation of the Sherman Act is considered a felony. The Justice Department may institute a criminal indictment that could include significant fines. Individuals such as directors, officers, or even employees who have participated in the illegal violation(s) could face felony convictions, incarceration, and significant fines.

If a smaller business has suffered damages due to the unlawful practices of a larger company, the Clayton Act grants the smaller business the legal right to file a civil lawsuit against the larger company for the damages they may have lost. The types of damages that could be recovered include above the monetary value than what was lost, along with the costs of filing the lawsuit, which also include attorney fees. Furthermore, every state attorney general has the right to file a lawsuit on behalf of the affected consumers in that particular state.

The Importance of Obtaining an Attorney for Antitrust Matters

The ambiguity of antitrust laws can make it very difficult for every business to stay in the margins of legality. Despite the size of the business, it is important to speak to a qualified attorney who has experience in the matter. An experienced business attorney can highlight elements that are highly specific to your type of business. A business law attorney can also draft appropriate and lawful contracts that will protect your business. A reputable attorney can help to guide you and your business partners from unknowingly committing illicit antitrust violations.