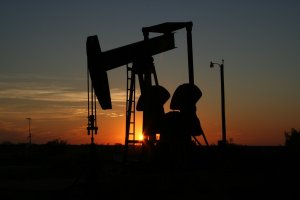 Oil and Gas Law in the United States

Before you tap into an area of the oil and gas economy, understand the legal circuits behind it

Oil and gas law compromises a vast field of legal practice. While high-profile corporate battles and scandals regarding leasing mineral rights, offshore drilling negotiations, securing governmental permits and authorizations, and other offshoots of the energy market may be the first thought that comes to mind at the mention of this field, representation of the oil and gas market in court comes in all shapes and sizes.

Like most other areas of law with a small, but more prominently advertised facets, most oil and gas disputes will more than likely involve the employee, rather than the entrepreneur, fighting unfair treatment on the job, unsafe work conditions, unpaid compensation, even illegal drilling on private property.

On a slightly higher level of the legal pyramid, one may also encounter issues such as land-use management, which falls under extraction and production operations, as well as transport and delivery arrangements, severed property rights, royalties, and more.

How Does O&G law differ between the United States and other countries?

Perhaps the simplest way to define U.S. oil and gas law is in comparison with its counterparts in other countries’ laws, as our own functions under considerably different ideologies than much of the rest of the world.

In the U.S., oil and gas operations are frequently owned privately, regulated by the individual states through both state statutes as well as common law, including both federal and constitutional law. Conversely, oil and gas in numerous other countries are owned by the national government and function almost solely under its regulation.

The majorly privatized model of U.S. O&G law means that oil and gas rights are owned by either the state or federal government. From there, they are leased to oil companies, such Exxon Mobil, Chevron, and ConocoPhilips, for development and sub-distribution to the rest of the population, as well as foreign consumers.

How does O&G law differ between states?

States like Texas, North Dakota, Alaska, California, and New Mexico that have greater reserves of oil beneath their surfaces help define the even more intricate state-by-state variance in ownership and mining laws; though, as mentioned above, the laws regarding ownership prior to, at, and after extraction are practically universal, dominantly subject to the U.S.’s common law statutes. These laws regulate a few critical blocks of O&G law, including:

Those points understand, the operator of an extraction unit may lawfully extract oil and gas from beneath the land of another, if the extraction is legally conducted on their own property. An operator may not, however, angle a well to penetrate beneath property not owned by or leased to him. This rule compromises one of many in the stickier side of oil and gas law that cover rules of capture, as well as the U.S.’s correlative rights doctrine.

Rule of Capture and the Correlative Rights Doctrine

While the phrase “correlative rights” may be just above the reading level of those only recently introduced to the oil and gas field, “rule of capture” is, essentially, what it sounds like: the laws governing the rightful ownership and acquisition of oil and gas. All state laws begin with foundation that the first person to “capture” a certain resource has rightful ownership to it, and prior to the “capture”, the resource belonged to no one.

Though we covered a few of the most important parts of these regulations above, it’s important to note how, precisely, this area of law also allows for regulations that can differ from state-to-state: for instance, in states with indigenous populations who many have specified rights to energy resources within some radius of land, and other aberrations like that which only occur in certain parts of the country and, thus, require their own legal specifications.

On the other hand, the Correlative Rights Doctrine (which is only applicable to certain U.S. states for oil and gas) lays out the rules and rights landowners maintain over a common source of ground resources; “ground resources” can mean water, in the case of aquifers, as well as oil and gas. Determining this right is typically based on the amount of land owned by each on the surface above.

Unpaid wage claims are among the most common class actions cases that oil and gas companies are routinely challenged with: for notoriously underpaid workers in this industry, the stakes in these cases are often very high in these cases.

Luckily, plaintiffs have a relatively low burden in obtaining class certification early: many times, the best defense is act early in filing for a lawsuit. Having an attorney in your corner can help with navigation of federal, state, and local laws governing employee rights, as well as your employer’s arbitration rules, which can, in certain cases, limit those rights in one way or another.

As the oil and gas industry leads in severe on-job injuries, employees who suffered either short- or long-term health issues due to to a lack of safety precautions may also sue for workers’ compensation and improved conditions.

The most common cause of workplace injuries include getting fingers or other body parts caught in equipment, as well as fires and explosions, falls and being struck by objects, all of which can be contested in court. If you need representation for one of these cases, consult our workers’ compensation attorney listings, or personal injury attorney listings.